It is no secret that cannabis contains mind-altering substances like THC, which can affect brain function. However, there has been growing interest in the non-psychotic cannabinoids in the cannabis plant in recent years. There is a particular interest in the role of cannabidiol (CBD) in brain health.

It is true that CBD is non-psychotic and does not give high or cause euphoria. However, this does not mean that CBD does not influence the brain. On the contrary, studies show that it can affect the working of different brain parts and its action on the brain is quite often opposite to THC.

In fact, most people take CBD due to its impact on the brain. Thus, they use CBD to reduce pain and anxiety, improve sleep, and more. There has been significant interest in its role in reducing epileptic seizures in recent years. Now there is no doubt that CBD may help in epilepsy, and there are even some US FDA-approved CBD-based medications for use in resistant cases of epilepsy.

Moreover, the list of indications for CBD is expanding fast. New studies also show that CBD can help improve mental health and has anti-psychotic effects. Experts are even exploring its role in managing conditions like schizophrenia.

So, yes, CBD has many effects on the brain, and new neuroimaging techniques and other methods of studying brain function are now helping researchers to understand how CBD works. 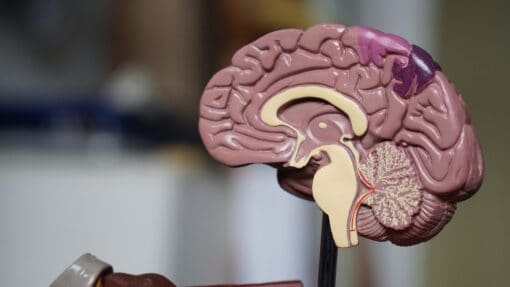 No, not in any way. It is a commonly asked question as people know that marijuana has a mind-altering effect and may be somewhat toxic to the brain. However, this has nothing to do with CBD. Moreover, there is sufficient evidence that CBD would not kill brain cells even at extremely high dosages.

In fact, CBD is neuroprotective. Studies show that it can boost the antioxidant capacity of the brain and thus help protect the brain cells. This is the reason why researchers are also exploring its role in managing neurodegenerative disorders like dementia or Parkinson’s. In addition, early studies suggest that CBD may help by protecting brain cells from death.

Experts are even exploring CBD use for protecting brain cells from various toxins. Thus, one of the in-vivo studies found that CBD may help protect brain cells from alcohol-induced brain toxicity. Studies show that these effects are mainly due to the antioxidant effect of CBD.

How Does CBD Work in the Brain?

It is one of the complex questions that has been subject to much research. Though research has increased understanding of CBD’s mechanism of action, but it is worth understanding that things are not fully clear. It is quite likely CBD has multiple mechanisms of action, and thus is challenging to know how it works in the brain.

The most well-accepted theory is that it works in the brain due to its impact on the endocannabinoid system. However, again, it is not clear how exactly this enables CBD to influence various brain functions. Though CBD can modulate cannabinoid receptors CB1 and CB2, its action is not very strong.

CBD also appears to increase the plasma levels of anandamide, which is better known as the “bliss molecule.” Its impact on anandamide levels is believed to help in psychiatric disorders.

Although the mechanism of action of CBD is not fully understood yet, nonetheless, brain imaging studies show that there is a considerable change in the activity of various brain centers after taking CBD. This confirms that CBD can influence brain function in many ways. 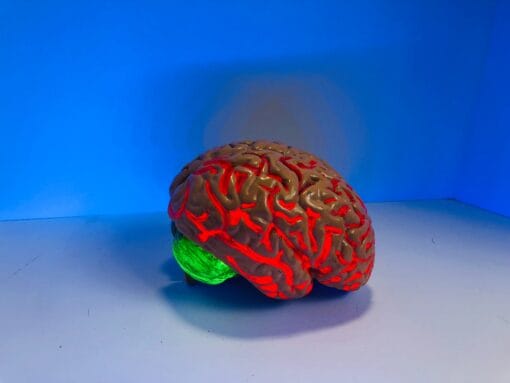 Many people are not aware of something called blood brain barrier (BBB). It is a network of closely knitted cells and blood vessels that prevent harmful substances from reaching the brain. BBB is like a dedicated security system of the brain. Thus, it controls the movement of all the substances in and out of the brain. That is why very few infections are able to harm the brain.

But BBB also creates some issues. For example, many medications and supplements cannot penetrate the brain. It means that though these substances may have a beneficial impact on brain health in various experiments, they fail to help in real life.

Not only that, it appears that CBD can even reduce inflammation of BBB and thus improve its function. This could be one of the ways in which CBD may exert a protective influence on the brain. Experimental studies suggest that CBD may help in ischemic and inflammatory conditions of the brain. CBD is also good for managing acute traumatic brain injury due to its ability to cross BBB and have a beneficial impact on the BBB.

Although a lot is known about the influence of CBD on mood and pain, however, in recent years, there has been increasing interest in testing CBD for managing more severe conditions. In addition, interest has been significantly rising in the role of managing brain tumors.

Most brain tumors are glioma. These are cancerous tumors that are very aggressive and difficult to treat. Those diagnosed with the condition have a mean survival of just 14-16 months. Doctors mainly treated it with radiotherapy and chemotherapy, as surgical removal of the tumor is not an option.

CBD will not cure the tumor. However, interestingly enough, evidence is emerging that when it is used along with regular treatment, it may increase lifespan in many instances. For example, in one of the small studies in nine patients, the mean survival rate increased to 22.3 months. This is a considerable increase in the lifespan.

Since very few medications can prolong life in glioma, researchers have wondered about the underlying mechanism of action of CBD. They have proposed that it may be working in many ways. For example, one of the ways CBD helps is by preventing cancer-associated mitochondrial dysfunction, thus preventing the death of brain cells. They think this happens due to the calcium influx induced by CBD through TRPV4 (transient receptor potential cation channel subfamily V member 4) activation.

Studies show that cannabidiol helps in brain tumors in multiple ways, and thus it may help in different kinds of brain tumors. Yet another study demonstrated that CBD might help prevent brain cancer progression by increasing the production of antioxidants in the brain.

CBD also has a supportive role in managing brain tumors

CBD is not just for suppressing the growth of brain tumors. It appears that it can also have a supportive role in treating brain tumors. In addition, it can be a part of palliative care. Thus, regular CBD use may help improve mood, reduce anxiety, and prevent cancer-associated depression. It may also help prevent other issues like pain, nausea, and more. 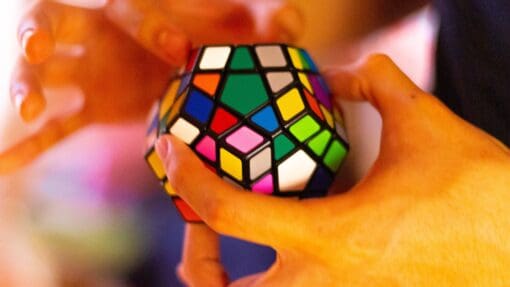 Are There Any Negative Effects of CBD on The Brain?

Regretfully, very little is known about the negative influences of CBD on the brain, as science still does not have a complete understanding of its mechanism of action. Nevertheless, researchers think that one should not abuse CBD. Furthermore, one should not use CBD for no apparent reason.

Since CBD causes widespread changes in the brain and can affect the working of brain cells, it is quite likely that it may cause neurotoxicity in some. Additionally, it can cause drug-drug interactions, alter the working of the liver, and may have some negative effects on gut health.

To conclude, CBD may not be psychoactive, but it does influence the working of the CNS. It may help reduce activity in hyperactive parts of the brain. Thus, it can help in conditions like anxiety, pain, and mood swings.

It may also help normalize the production of certain neurotransmitters, thus helping in depression. Its ability to change the excitability of neurons can help manage seizures due to epilepsy or brain tumors.

Additionally, new studies show that it can help those diagnosed with brain tumors by extending their lifespan. It has a particular role in the palliative care of brain cancer.

If you are interested in CBD products for brain health, contact us and we can provide more information.