Not even a decade ago, CBD was a complete unknown to consumers fond of food supplements and alternative medicine. Even consumers of illicit cannabis, whether they relied on the plant for medical or recreational reasons, pretty much overlooked cannabidiol.

Throughout human history, the cannabis plant was highly praised for the beneficial effects it has on our health. But because of prohibition in the previous century, access to cannabis became almost impossible, so its health qualities were also forgotten.

The cultivation of cannabis was only legal through hemp varieties which contained less than 0.2% THC. (the compound responsible for intoxication). And could be cultivated only for industrial purposes, mostly for fiber and seed oil production.

In 1998, hemp flowers and leaves became allowed to be used in the food industry and the plant suddenly became much more interesting. Hemp started gaining attention from farmers and consumers alike. With more countries joining the European Union, hemp cultivation and consumption kept increasing. 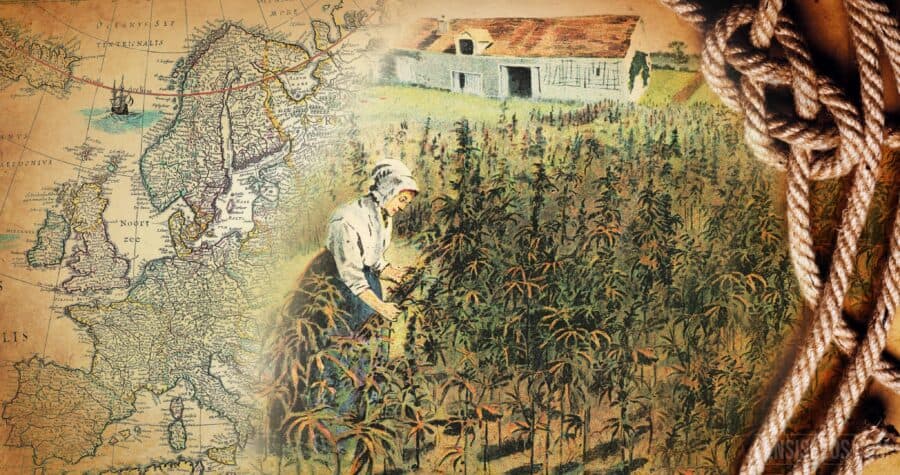 Although hemp only contains trace amounts of THC, other cannabinoids like CBD (cannabidiol) are found in abundance. And it was cannabidiol, the pebble that started the avalanche. It singlehandedly put cannabis back on track as one of the best medicinal plants.

From 2015 onwards the CBD industry really took off. Hemp extract rich in CBD and other cannabinoids started show everywhere, from online shops to pharmacies. Up until January 2019, CBD industry in Europe was booming, everyone predicted a bright future ahead.

Until out of the blue, starting 2019, European Comission decided to add a new section in their Novel Food Catalogue for cannabinoids.

With this manoeuvre, the booming CBD industry took a U-turn. Since the addition to the Novel Food catalogue, hemp extracts and products containing them cannot be marketed as products safe for human consumption. Even if products contain zero THC and heaps of healthy cannabinoids they are deemed unsafe until proven otherwise.

What Are Novel Foods?

The first Novel Food regulation was introduced in 1997 by Regulation (EU) 258/97 with the aim of establishing a food safety mechanism to control newly developed, synthetic, or genetically produced food. An updated version of the regulation came into force on 1st January 2018 (Regulation (EU) 2015/2283).

This basically means any food that was not used for human consumption to a significant degree within the Union before 15 May 1997.

In the European Union, the cultivation of Cannabis sativa L. varieties is permitted provided they are registered in the EU’s ‘Common Catalogue of Varieties of Agricultural Plant Species’ and the tetrahydrocannabinol (THC) content does not exceed 0.2 % (w/w). Some products derived from the Cannabis sativa plant or plant parts such as seeds, seed oil, hemp seed flour, defatted hemp seed have a history of consumption in the EU and therefore, are not novel. Other specific national legislation may restrict the placing on the market of this product as a food or food ingredient in some Member States. Therefore, it is recommended to check with the national competent authorities. 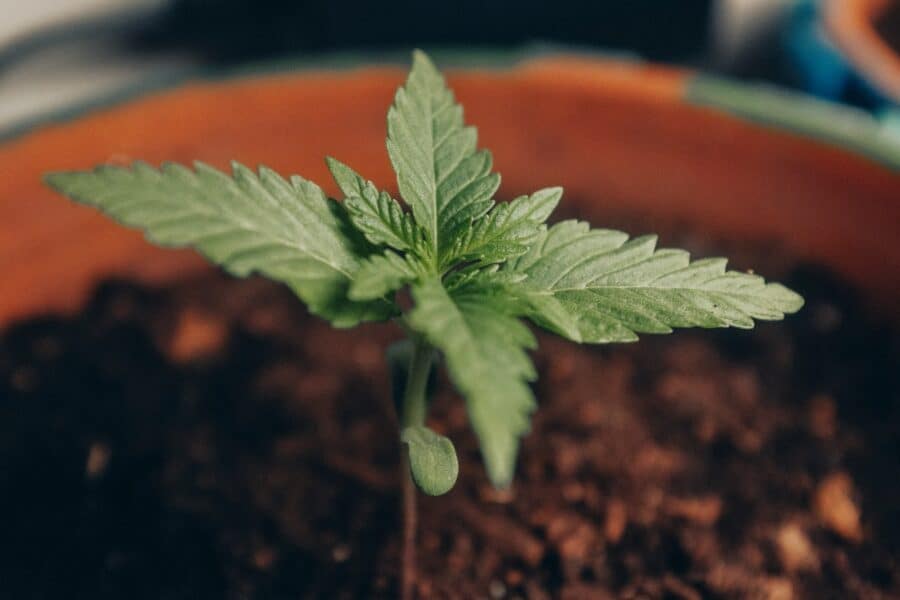 In 2020, 15 different novel food applications were approved. Novel food examples like chia seeds, cacao-derived sugars, coffee leaves infusion, and even proteins extracted from pig kidneys among others, got all approved this year. Some of them have waited for 2, some 3, and some up to 5 years to go through the whole process.

At the moment, every cannabinoid being psychoactive or not, synthetic or natural, falls in the novel food category.

And we can only speculate how long it is gonna take to process EFSA novel food applications. To obtain a novel food license it might take anywhere from 16-60 months (avarage is 35).

-Solubility data in water and other common solvents

-Density and/or viscosity for liquid preparations

-Proposed uses and use levels and anticipated intake

These requirements, along with too many other factors to consider, tell us the process is gonna be long and expensive. But necessary.

The Novel Food Catalogue isn’t a binding document and countries can just follow it as a recommendation. But we can clearly see the disastrous impact it had on the hemp industry.

Farmers, who switched to hemp farming after the demand for CBD surged, are now left in despair. And so does everyone else in the production and distribution chain. But the main victim of this whole confusion is the CBD consumer.

Everyone agrees that hemp extracts should be regulated from production, processing, to the labeling of the products… But this framework could be established without the tedious novel food application process. Even the  World Health Organization (WHO) stated: “CBD is generally well tolerated with a good safety profile”. 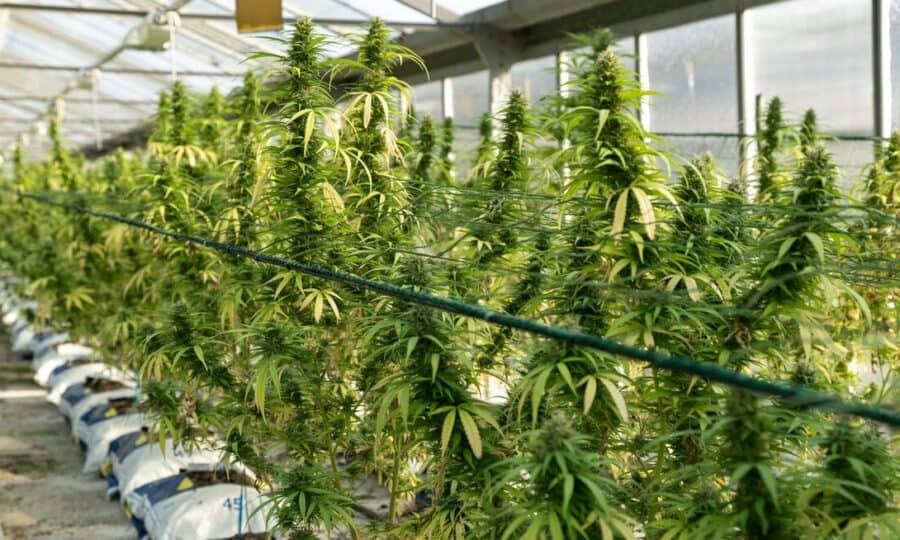 Hemp extracts were used way before 1997 in Europe and still are to this day, so this step backward is not clearly understood. It is obvious that the modern extraction techniques used now are different and should be looked into. But this bureaucratic directive is making it look like the European Union doesn’t have the time and resources to deal with hemp laws at the moment.

Or perhaps there is someone else behind this? If every cannabinoid will have to go through the same novel food application process, and more than 100 cannabinoids are found in hemp, is this even achievable? Some speculate that pharmaceutical lobbies are blocking hemp products. As there are already CBD containing drugs like Sativex and Epidiolex, they might just want to keep the competition from CBD food supplements at bay.

With the novel food application cost being so high, hemp farmers alone definitely won’t go after a Novel food license for CBD. Even for bigger corporations, the cost of novel food authorization is out of the question. The European CBD pioneer from Check republic, the Cannabis pharma s.r.o., was the first to get their EFSA Novel Food application accepted. With more than 50 Novel Food applications submitted for the authorization of cannabinoid ingredients, right now only 5 of them are accepted. So is there even any hope for small businesses to comply with EU novel food regulations? There is!

In 2019, EIHA, the European Industrial Hemp Association, proposed to its member to create a Novel food Consortium. The goal of the consortium is to share the costs of CBDs novel food application between EIHA members. This will bring the cost of registration of a single product to a much more affordable investment, for every company that participates in this joint project.

All EIHA members will contribute with a fee based on their turnover. The cost of registering a single product under the Novel food guidelines would cost between €350,000 and €500,000 EIHA estimates. But joining the Novel Food Consortium will make that drastically cheaper and each member will benefit from the united application.

The consortium will also finance unprecedented toxicological studies on CBD and THC. Hopefully, a positive outcome of studies will help the progress of the novel food application. The toxicology research of CBD will help to establish its recommended serving dose, and the ones involving THC will try to raise its threshold from 0.3%. All contributors participating in the consortium will be entitled to the studies for the marketing purposes of their products.

The team of experts to run the EIHA project is assembled. EIHA already hired ChemSafe, which will be the service provider to perform the toxicological research on CBD and THC.

We also believe that combining forces, in order to offer a united solution to a common challenge, is the right thing to do. That’s why Essentia Pura is also a proud member of the EIHA and makes part of the Novel Food Consortium.

The path of Novel food application already proves to be a tough one. The European Commission stopped reviewing the applications for CBD this summer, as the UN added a CBD footnote to the international narcotics treaty. This halted the application process for many months, and it surely isn’t the last.

Cannabis was the victim of lobbying industries in the past century, and even today it is not spared. But thanks to EIHA, we are strong together!

Check our blog section to find out more information regarding CBD regulations around Europe. And don’t hesitate to contact us if you have any other questions or concerns on the matter. Our friendly staff will answer any questions you have about what we’ve written here.