Finland is an EU member nation with high happiness index and a vibrant economy. Moreover, it constantly outperforms many other EU nations on different indexes like freedom of speech, healthcare, access to education, ease of doing business, and so on. Thus it is good to know about CBD in Finland.

Thus, no surprise that this large Nordic nation with a population of just a little above 5 million people always respects and follows the EU norms. It means that, like most EU nations, CBD is legal in Finland.

In fact, there has also been an increasing demand in the nation for legalizing the recreational use of marijuana. One of the ruling parties, The Green League, is at the forefront of demanding the legalization of recreational cannabis use.

When it comes to the public attitudes towards CBD and cannabis in general, they are mixed. Illegal drug abuse is a significant problem in Finland. Finland also has among the highest drug death rates in the EU region. Thus, some worry that too much liberalization might have negative consequences for Finnish society.

A Short History of Cannabis Laws in Europe

There have been many ups and downs when it comes to the European relationship with cannabis. Like most of the world, cannabis use was mostly legal or poorly controlled in Europe till the 19th century. However, by the mid of 20th century, its use became illegal in the whole of Europe.

However, in the late 20th century, many people started demanding the legalization of cannabis, especially those living with chronic pain. Thus, in the early 21st century, many countries legalized the use of medical cannabis. However, medical cannabis is sold strictly by licensed pharmacies and dispensed only based on doctor’s prescriptions.

Since doctors are constantly monitored for prescribing cannabis, and pharmacies also have to maintain much documentation, it would be correct to say that the use of medical cannabis is relatively uncommon. Nonetheless, it is worth understanding that one can get medical cannabis through a doctor’s prescription in most Europe, including Finland.

However, soon researchers realized that not all cannabis extracts are harmful. They understood that CBD is quite good for health. It is non-mind-altering and safe. Thus, most countries started legalizing CBD in the early 21st century.

Thus, in 2018, the EU realized the need for a unified approach to CBD. It then included CBD (cannabidiol) in a Novel Food Regulation, which came into implementation in early 2021. This EU-wide regulation helped legalize the CBD in most of Europe. 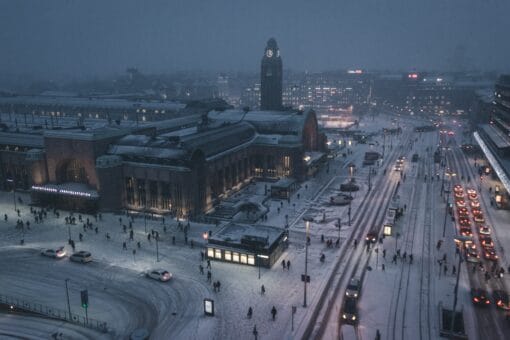 What Drugs Are Legal in Finland?

There is no recreational drug that is legal in Finland. There may be several reasons for it. Traditionally, Finnish people have been reluctant to demand the legalization of any drugs. Moreover, Finland has some of the highest death rates due to illicit drug use among young adults.

Hence, possession and use of any drug are illegal in Finland, including hash, marijuana, amphetamines, and so on. A person would be fined or even imprisoned for possessing these drugs in the country.

However, Finland does allow the medical use of some drugs, including cannabis. However, any such medication must be first registered with FIMEA (Finland Medical Agency) and can only be sold in specialized pharmacies and strictly on a prescription.

So, Is CBD Oil Legal in Finland?

Yes, sales and use of CBD oil are completely legal in Finland. The good thing about the nation is that it is quite good at following and implementing EU regulations. Since the European Commission has legalized CBD and has set a clear pathway for the approval of CBD products, Finland also follows the same path.

CBD oil is readily available in Finland with no legal restrictions. One can buy CBD oil from corner stores, pharmacies, and even online shops. But, of course, it must be free from psychoactive substances, which means that THC content must be less than 0.02%. 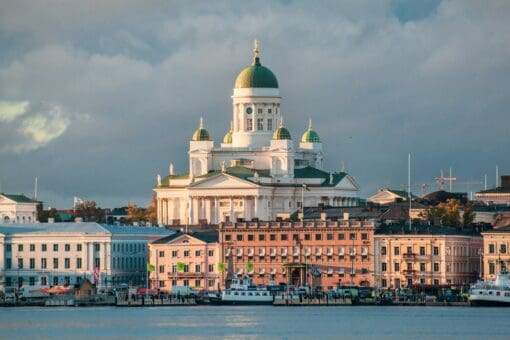 How to Start a CBD Business in Finland

In recent years the way of doing CBD business has changed significantly in Finland and the EU. For example, when CBD became legal in many European nations a few years back, one could generally import CBD in a country like any other food item.

However, from March 2021, one can only import or sell CBD in any EU nation, including Finland, after getting Novel Food approval from European Commission. It means that there are some regulations in place.

One would need to submit the product’s dossier to the Finnish Food Authority along with a certificate of analysis of the product. The authority may also ask for finished product samples for testing purposes. This procedure is to prove the safety, purity, and potency of CBD products in the country.

However, here it is vital to understand that if the product is produced legally in any other EU nation and it has received Novel Food Authorization in the country of production, then one can import CBD product directly into Finland without any need for other permissions. This is because documents regarding Novel Food Approval from one EU nation are valid in all the member states.

However, those producing CBD products outside Finland would need to apply for the Novel Food Authorization with the Finnish Food Authority, but of course, only if they have not done so in any other EU nation.

On the other hand, if they have received the authorization of any of the EU member states, then a copy of those documents is enough for starting a CBD business in Finland.

It is vital to understand that Novel Food Authorization is only needed for CBD oil or CBD-containing products, but not for hemp seed oil. Therefore, one can readily sell hemp seel oil in Finland without many legal hindrances.

If you intend to start a CBD business in Finland, contact us, our experts can help you get started.