For those skeptical about CBD and its health benefits, it is good to know that humans have traditionally used cannabis to treat health disorders for thousands of years. However, it was wrongly banned in the mid-20th century over the worries of addiction and harm to health.

Fortunately, medical experts started realizing their mistakes by the end of the 20th century. They understood that CBD is relatively safe and suitable for health. In addition, science revealed that most harms and addictions are due to THC in cannabis, and removing THC from CBD products makes any cannabis product highly safe to consume.

Those who still disbelieve in CBD need to understand that there are already few approved medical drugs based on CBD. It is good to treat resistant epilepsy in children, rare autoimmune neurological disorders, have a calming effect, and may also help with some mental health issues. Thanks to extensive clinical research into the subject, the list of its benefits is fast expanding.

In recent years, there has been increasing interest in finding natural remedies for metabolic disorders and some less common diseases. Studies show that CBD can help in the least expected way. Thus, it could be good for gut health, alter immune responses, fight infections, manage autoimmune disorders, suppress inflammation, etc.

It is impressive that CBD also appears to be good for conditions like diabetes, rheumatoid arthritis, substance abuse disorder, weight loss, and even more. 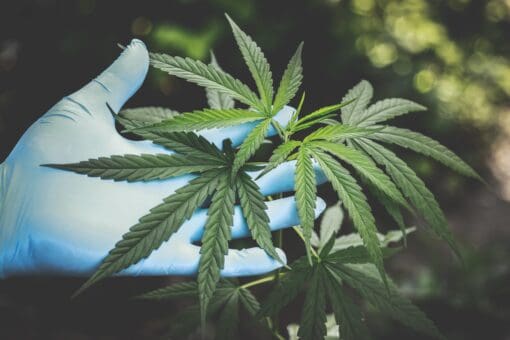 What Are Some Well-Known Health Benefits of CBD?

It could be regarded as one of the less unexpected benefits of CBD. But now, studies show that CBD is quite suitable for controlling seizures when used along with other treatments.

Even more striking are the findings indicating that CBD is especially good for resistant epilepsy. Moreover, these are the patients who failed to get benefits from some of the best pharmacological drugs. However, adding CBD to treatment may considerably reduce seizure rates.

Studies show that adding CBD to traditional anti-epileptic therapy in those resistant to other treatments may benefit about half the patients (49%), which is much higher than placebo. Thus the study leaves little doubt about its efficacy.

But that is not all; amazingly, it is approved for use in children. This only shows that CBD is relatively safe for use in different age groups.

It is another area of interest. People have traditionally used cannabis or marijuana to manage severe and chronic pains. Of course, CBD is different from cannabis or marijuana, but it seems to retain some of its pain-killing action. In addition, it appears that broad-spectrum CBD is more effective in pain management than CBD isolate.

When using CBD for pain, one is not expected to use it alone and instead as a part of broader therapy. Thus, it may be combined with other medications and pain killers, and it will potentiate their action.

Again, do not expect CBD to prevent or manage diabetes alone, as it is not a magic pill. However, it can be pretty good when used along with other efforts, lifestyle interventions, and medications.

Studies show that it can modulate metabolism and appetite and reduce insulin resistance. Thus, regular intake of CBD may help prevent diabetes in a high-risk individual. It is also beneficial for those living with mild to moderate diabetes.

Diabetes is quite a complex disorder, and CBD can help in multiple ways. For example, CBD may help lower the risk of various diabetes-associated complications. In addition, it may help both due to its mild glucose-lowering action and its ability to reduce bad cholesterol, reduce chronic inflammation, and help regulate insulin secretion.

Not only that, those living with diabetes are prone to neuropathies, and CBD may help prevent and manage nerve disorders. It may be good for preventing diabetes retinopathy, too.

Do not expect CBD to treat Alzheimer’s or Parkinson’s. However, CBD can help reduce the risk of these ailments on prolonged use. It may have a role in slowing down the progress of these disease conditions. Additionally, it may also help manage some of the symptoms of neurodegenerative disorders.

Studies suggest that CBD may help in many ways. It can lower inflammation, alter immune responses, and may also help due to antioxidants. Further, it benefits due to its impact on the endocannabinoid system and modulating CB1 and CB2 receptors. Studies show that it may also influence cellular energy production, increase the production of neurotransmitters, and thus help in multiple ways.

MS is a chronic and a pretty common autoimmune disorder of the brain. It is highly challenging to treat. Some people do not respond to immunomodulatory therapy. Even worse, immunomodulatory drugs are highly toxic. However, CBD may help as an addon therapy by modulating immune responses1.

But that is not all, and it appears that CBD may also help tackle some of the symptoms of MS. Thus, it may help reduce MS-associated spasticity.

CBD is so good for managing MS that EMA has already approved CBD-based medications to help those living with MS. It is a medication called Sativex.

Anxiety is the most common emotional disorder that affects most people sometimes in their lives. Since it is such a common health issue, people often use natural supplements to manage the condition. Studies show that CBD may be good to use in mild to moderate anxiety. It may help overcome worries and fears.

Depression is another common mood disorder. It may even coexist with anxiety. Although there are many medications to manage depression, they are highly toxic. Moreover, studies show that pharmacological drugs only work in severe depression, but they fail to help in mild to moderate cases. Therefore, studies suggest that CBD could be one of the better and more natural ways of managing depression.

Sleep disorders are on the rise. They are now considered an independent risk factor for various ailments. It appears that people are not only sleeping less, they also have poor sleep quality. Further, the use of gadgets is making things worse. Many people may lie in bed for long, but they do not sleep enough.

Sedative drugs may help initiate and maintain sleep, but they alter the sleep architecture. Thus, people taking sleeping pills do not wake up feeling fresh the following day. However, CBD does not alter sleep architecture and works mildly.

Low grade or so-called silent inflammation is among the significant cause of the chronic disorder. It appears that CBD may not only help subdue inflammation but may have a role in altering inflammatory responses. Thus, CBD may help prevent flares of autoimmune conditions, too.

Many countries now allow CBD supplement producers to claim that their product is anti-sebum and may help prevent acne. There is emerging evidence that CBD may play a vital role in managing acne. It helps both due to its ability to reduce sebum production and its anti-inflammatory properties. In addition, it is quite likely that it may help due to other mechanisms. CBD work by modulating the endocannabinoid system that is present widely in the skin. 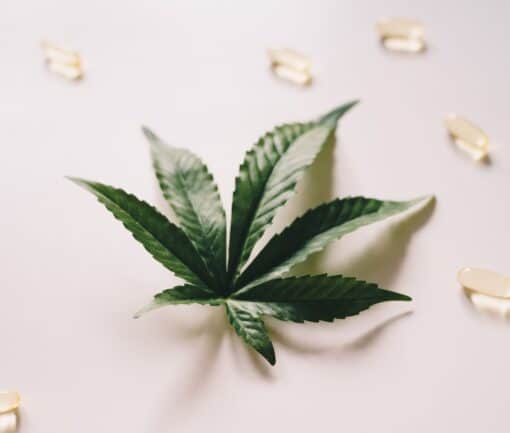 Is CBD an Anti-Inflammatory?

Yes, it works. In recent years researchers have discovered many mechanisms in which CBD may work. CBD can bind to various receptors and alter inflammatory responses. It seems that CBD is suitable for both local acute inflammation like that found in joint pains and low-grade inflammation that causes chronic disorders. It may also help in autoimmune conditions due to its anti-inflammatory properties.

CBD oil can exert potent antifungal infection in many ways. Generally, most oils have mild antifungal properties. However, new studies now suggest that CBD has direct antimicrobial properties. Thus, it may help both when used orally or applied topically.

Does CBD Oil Have Antibacterial Properties?

CBD has mild antibacterial properties. It works in multiple ways. It has some direct antimicrobial action. However, it may also work due to its influence on immunity, ability to reduce inflammation, and much more

To conclude, CBD is no panacea, but it can definitely help with many health conditions. People have traditionally used CBD to manage all kinds of disease conditions. Some of its benefits, like those in pain, anxiety, and seizures, are well known. However, new studies show that it may also help lower inflammation, help in autoimmune conditions, normalize metabolism, and may even help prevent and manage infectious diseases. It is pretty likely that many of its benefits are still waiting to be discovered.

Those interested in starting their CBD business or interested in creating unique CBD products for various health conditions can contact us. You can also learn more about CBD oil health benefits here or buy CBD products wholesale.