The Cannabis Sativa plant is a botanical phenomenon, and we have only scratched its surface so far. This natural cannabinoid factory produces hundreds of substances, of which over a hundredth are cannabinoids.

These chemicals, unique almost entirely to the cannabis plant, interact with receptors in human bodies and each one is producing its own effect. For now, we are just at the tip of the iceberg, since only a handful of cannabinoids are well researched and only a few found their way onto the market.

THC (tetrahydrocannabinol), CBD (Cannabidiol), and CBG (Cannabigerol) are already well established in the scene. But there is now a new boy in town, enter Cannabinol! 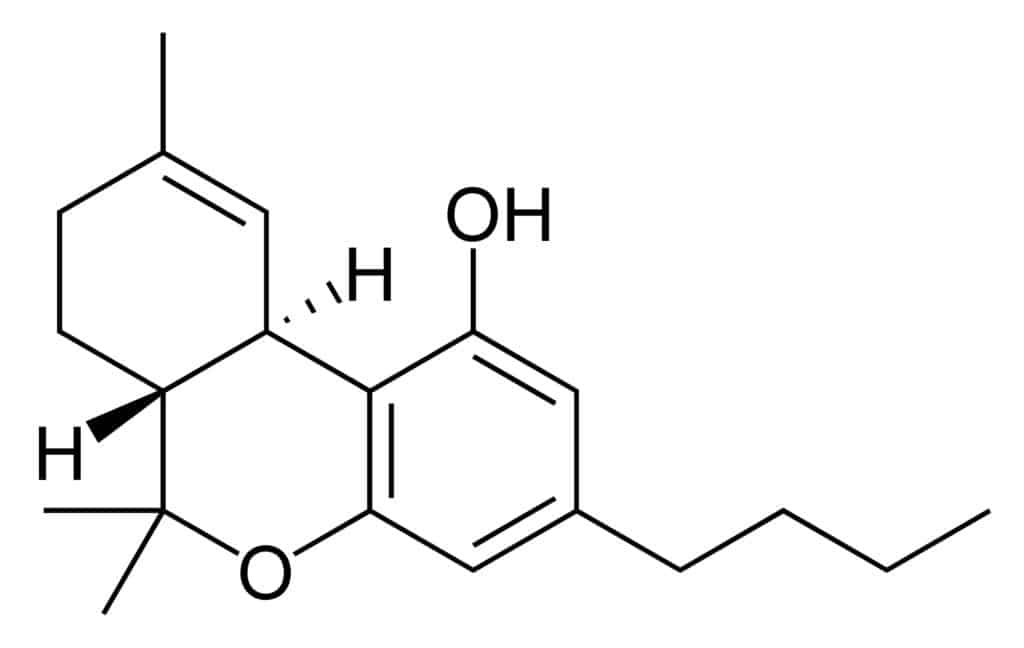 The History of Cannabinol (CBN)

It might sound strange that CBN only started to gain traction recently. CBN was actually the first cannabinoid to be found in the cannabis plant! It was isolated already in the late 19th century, while its structure was elucidated in the early 1930s by R.S. Cahn. With its structure known, it was first synthesized in 1940. This was 2 years before the first CBD synthesis and 24 years before the first synthesis of THC!

And it was this trinity of cannabinoids on which most of the early cannabis research was based. Why most of the research was then focused on THC and its analogs (chemicals similar in structure and function) is pretty self-explanatory.

THC and its analogs had way more powerful effects on the human’s mind and body compared to CBD and CBN. But it was not just the scientists that were interested in THC. The young generation of the 60s was also very fond of the psychedelic substance. This is probably the reason (among several others) that led to the worldwide prohibition of the cannabis Sativa.

Because of the global ban, most of the cannabinoid research was unable to continue. With regulations of cannabis use and cultivation becoming more relaxed in the new millennium, the research continues. Especially in the case of CBD, it is the science that helped to strengthen its popularity. But why was it CBD, and not CBN that made the resurgence of the cannabis plant possible? The answer may be linked to how CBN is made!

How is CBN made?

Compared to THC and CBD, which the cannabis plant forms from their biosynthetic precursor CBGa (Cannabigerolic acid), CBN is formed differently. CBN is a compound that is formed as a byproduct of THC degradation.

THC, which is converted from THCa through the decarboxylation process (heat+time) can degrade further into CBN from the impact of UV light and oxygen. In other words, CBN is not made by the plant, but is made from the THC, that is made by the plant.

This brings us to two major points:

Does this mean there is no hemp-derived CBN?

There are very low natural levels of CBN that found in hemp. This makes hemp-extracted CBN possible, although extremely rare to come by.

Another possible way to obtain CBN from hemp is by isomerization of CBD or CBG. This can be achieved through chemical reactions with the help of catalysts. This method of obtaining CBN is much more commercially viable but can pose many challenges. A significant amount of impurities can be formed in the process that leads to potentially harmful leftovers from the chemical reaction.

A much more sensible method would be to derive CBN directly from THC. This can be done in a laboratory or other controlled environments. It is possible to expose THC to oxygen and UV light in a reactor. This simulates the natural process of THC oxidation which quickly converts most of the THC into CBN, without the use of potentially dangerous agents. As simple as it sounds, this easy to do and easy to scale method has just one big problem. In most countries, It is just impossible to legally obtain THC and convert it into CBN.

This brings us to the next question. As CBN derives from THC, their chemical structures are very similar, so.. Is CBN legal?

CBN is not listed on the United Nations’ Single Convention on Narcotic Drugs, which should make it legal in most countries.

But because of their similar structure, in some countries CBN might be treated as an analog of THC, which makes it a schedule 1 substance!

Be sure to check the local regulations in regard to CBN legality before purchasing and using CBN!

The very close relation between CBN and THC shows great interest from the scientific field and cannabis consumers alike. The legality of CBN allows the researches to be done without regulative obstructions. Being legal, the consumers can also freely enjoy the effect of cannabinol.

Being structurally so similar to THC, the first thing we ask ourselves, is CBN psychoactive?

Cannabinol is labeled as mildly psychoactive. Although it has some effects on the mind, it is still nowhere near the psychotropic levels of THC. THC can promote a full-blown psychedelic experience in higher dosages, which can cause long-term damage to the human psyche, especially with constant abuse. Although CBN can have greater abuse potential than CBD, it affects the mind to a much lesser degree than THC.

On the other hand, CBN has a much more pronounced effect on the human body. Its effect is seen in relaxation and sedation. Many cannabis users rely upon the plant as their sleep aid and will cherish CBN as their newfound tool. According to Dr. Ethan Russo, it’s when combined with other cannabis compounds to reach the entourage effect, when the sedation of CBN gets really strong. 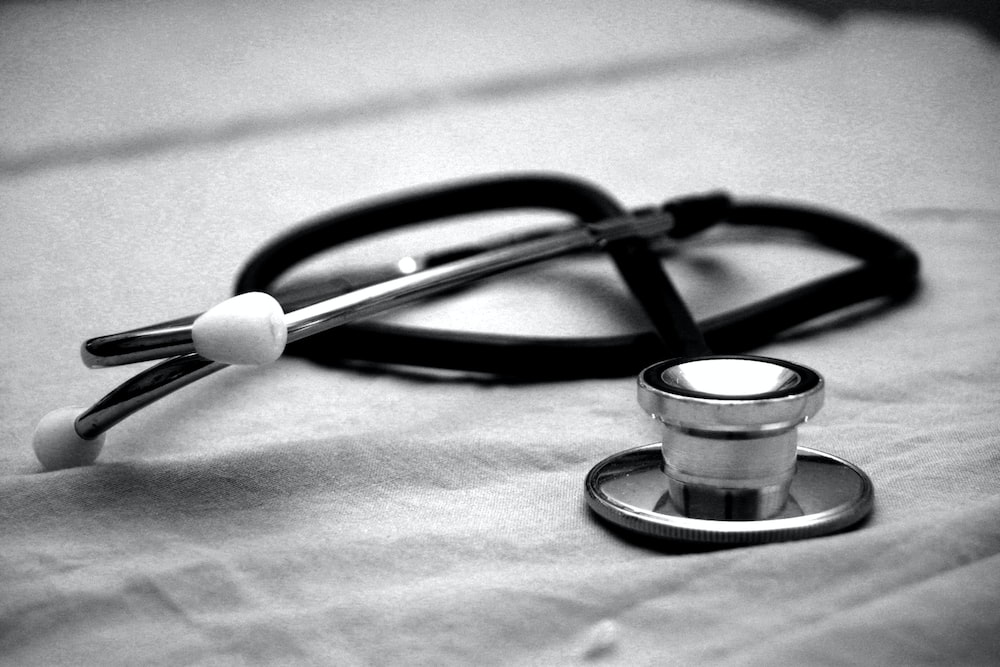 People who suffer from sleep disorders might look at CBN as an alternative to traditional benzodiazepine medicine. Compared to those, CBN offers a natural way of dealing with chronic distress and insomnia. Looking at this study, when combined with other cannabinoids, CBN is even more effective than Diazepam.

With time, traditional antibiotics are decreasing in their efficiency. The antimicrobial properties of CBN might make it an excellent antibiotic this recent study says.

By acting on pain receptors, this study shows the CBN analgesic properties. Although with lesser effect than THC, CBN is a great pain relief choice as it provides no negative psychotropic side effects of THC.

*A note in regard to researches done on CBN

According to this article from Profofpot, it is right to be skeptical of the CBN effects. Especially the ones regarding its sedative powers. Most of the research on CBN was done 50 years ago and the results are questionable for today’s standards.

Thankfully, the first clinical study on Cannabinol is underway. This study from InMed Pharmaceuticals is only involving the dermatological applications of CBN. But InMed has completed more than 30 pre-clinical pharmacology and toxicology studies, identifying potential therapeutic advantages of CBN in specific disease models over the more common cannabinoids tetrahydrocannabinol (THC) and cannabidiol (CBD), as well as other rare variants.

Soon we will be able to find our true potential of CBN!

The difference between CBN and CBD

Cannabinol and Cannabidiol are different in many aspects. CBN, being a metabolite of THC decay, CBN is also a partial agonist of the CB1 cannabinoid receptors located in the human nervous system. This affinity to CB1 receptors, albeit very low, is responsible for the mild psychoactive effects of CBN. While we can attribute the sedative properties of CBN to the higher affinity to CB2 receptors.

CBD and CBN, being structurally different and impacting the cannabinoid receptors differently, still share similarities. Especially as they are both soluble in fats, alcohol and other non-polar solvents, they can both be incorporated into the same formulations.

If you are fond of using CBD products, giving CBN a try is possible with the same routes of application.

Tinctures and drops with CBN are still the most commonly used CBN product. The bioavailability factor still applies, same as with CBD.

Tinctures should be dosed under the tongue, for faster onset and better absorption. To maximize bioavailability, we can rely on carrier oils such as MCT.

If our intention is to pronounce the relaxing and sedative effects of CBN, we can try to combine it with other ingredients. Valerian root extract, hops extract, lavender essential oil are great botanical combinations with CBN. Melatonin is a also very popular addition to CBN tinctures!

For those relying on the inhalation of cannabis, especially vaporizing, an important thing to keep in mind is the boiling point of CBN, which is 185°C. As stated before, CBN cannabis flowers do not exist, unless high THC cannabis was exposed to UV light and oxygen for a long period of time.

There is a rise of THC-free hemp concentrates to which CBN isolate is added. When concentrates or isolates are consumed, precautions must be taken. Such products contain high concentrations of CBN, which consumed at large might lead to undesirable effects.

Essentia Pura is focused on full-spectrum hemp extraction (<0.2% THC), and producing hemp extracts rich in CBN is just not possible at the moment. We are carefully analysing theCBN market, and as we see a big increase in demand for CBN isolate, we might be adding CBN isolate to our offer very soon!

If you have any additional questions and concerns regarding Cannabinol, or if you would like to have a products manufactured with CBN, send as a message here!