The cannabis plant is not just about cannabidiol (CBD). CBD is just one of the most abundant cannabinoids. Even cannabis experts of 20-century knew that there are many other cannabinoids. And researchers could discover many of them in the mid of the last century.

Any plant contains thousands of organic compounds that work in sync with each other, providing nutrients and health benefits. But, since plants are so complex, identifying the beneficial compounds is challenging even for modern science.

The list of identified organic compounds mostly unique to the cannabis plant is expanding fast. New studies could identify more than 500 beneficial compounds and above 100 cannabinoids in the plant. 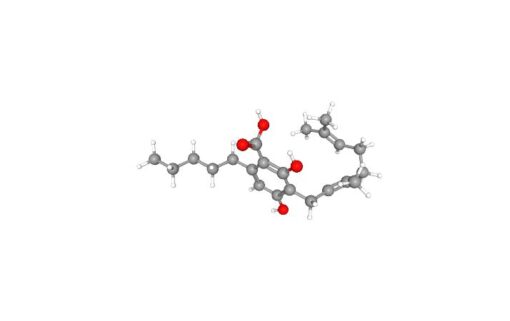 CBGA is one of the non-psychotic cannabinoids in the cannabis plant. Researchers have identified more than 100 cannabinoids in cannabis or hemp plants, but there is something unique about CBGA.

CBDA and CBGA: What’s the Difference?

To understand the difference in a simple term, CBGA is the grandfather of all cannabinoids, and CBDA is the father of CBD.

In the hemp plant, enzymatic activity converts CBGA to CBDA (Cannabidiolic acid), CBCA (cannabichromenic acid), and THCA (tetrahydrocannabinolic acid). Therefore, it means that CBD, CBC, and THC are the outcome of enzymatic conversion of CBDA, CBCA, and THCA, in hemp or cannabis plant.

Thus, various enzymes convert CBGA to different cannabinoids, including CBDA. Although CBDA is related to CBGA, it is chemically different, and it also means different health benefits.

It is worth understanding that science is still exploring the health benefits of non-CBD cannabinoids. Studies show that even a tiny change in the chemical structure of any cannabinoid may significantly alter its role in the human body.

However, the complex is to understand the interaction of various cannabinoids to demystify the “entourage effect.” Researchers know that taking multiple cannabinoids is more beneficial. But they do not understand how different cannabinoids potentiate the action of each other.

CBGA Effects: How Does It Feel?

It may also help lower stress levels and anxiety, reduce nausea, and help a person feel fresh. So, it would provide relief due to its impact on CB1 receptors in the brain and its effect on CB2 receptors in other body parts. 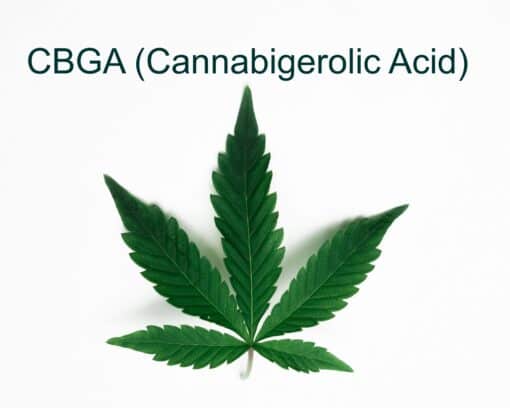 CBGA Benefits for The Human Body

Although CBGA is less studied by science than CBD, nevertheless, there are many studies indicating that it may help in various ways. In addition, some of the experience regarding its health benefits come from the use of broad-spectrum CBD. Thus, it is good to use alone or in combination with CBD.

It is no secret that there is a strong association between diabetes and vascular diseases. Studies show that CBGA can inhibit an enzyme called aldose reductase, and thus help reduce glucose levels in the body. It also has a positive impact on lipid profile.

CBGA is not very harsh, and most of its actions are mild. Thus, do not expect to lower glucose immediately with CBGA. However, its prolonged and continuous use would help gain better control over blood glucose and improve lipid profile. Moreover, it has an excellent safety profile.

Further, studies show that it may help with diabetes or metabolic disorders due to its ability to modulate receptors called PPAR. These receptors play an important role in cellular metabolism, and their dysfunction is associated with the development of insulin resistance and diabetes.

It May help control epilepsy

The role of cannabinoids in controlling epilepsy has become a subject of high interest in recent years. It happened due to the approval of a CBD-based drug by the US FDA and EMA. Now researchers know that they are treading the right path. They understand that many benefits of hemp extracts are due to lesser-known cannabinoids.

Like other cannabinoids, researchers are testing CBGA for its anticonvulsant properties, and the initial results are highly encouraging. Early studies show that CBGA is undoubtedly one of the cannabinoids good for reducing convulsions in epilepsy. There is strong evidence from earlier animal studies that it works.

Despite its discovery more than half a century back, there is still limited research into its health benefits. It is because most cannabis research stopped for most of the second half of the 20th century. However, new studies indicate that it is suitable for reducing inflammation, pain, and stress and has many other benefits.

From CBGA to CBG: What’s The Process?

As CBGA is the father of all cannabinoids, it is possible to convert it into other cannabinoids like cannabigerol (CBG). In some cases, this conversion may require the use of specific enzymes; in other instances, just an application of heat.

CBGA is pretty simple to convert to CBG through heat application which results in the decarboxylation of CBGA and formation of CBG. CBG is no longer an acid. CBG is of particular interest due to its opposing action to THC.

Thus, CBG antagonizes CB1 receptors in the brain, unlike THC. This opposing action means that it may play a role in managing marijuana addiction and other substance abuse disorders. Additionally, it also appears to affect adrenergic receptors and serotonergic receptors and thus help prevent mood disorders and other brain issues. It is also suitable for reducing inflammation.

To conclude, science has developed a sufficient understanding of CBD, and now is the right time to start exploring other cannabinoids in cannabis or hemp plant. Further, there is a need to understand how they interact with CBD and explore their health benefits.

If you are interested in exploring the power of CBD, understand what products are right for you? Just ping us.