Similarly, cannabis has hundreds of bioactive compounds. Among these compounds, cannabidiol (CBD) and Δ-9-tetrahydrocannabinol (THC) are well known. CBD has a mild calming effect, whereas THC may cause euphoria. It is also an example of how a single plant extract may contain highly diverse compounds. In many cases, these compounds may even have opposite properties.

THCV though less known is one of the major compounds in the cannabis plant. It is chemically related to THC. However, its influence on the human body is quite different. In fact, it may have quite an opposing action to THC in many cases. THCV is not even much psychoactive. And even more, it may even block certain ill effects of THC, including its mind-altering action. In addition, THCV has various other metabolic effects.

Unlike CBD, THCV also appears to have more potent influences on various body functions. Therefore, it means that it may have greater health benefits. Although THCV was discovered way back in 1971, it is still not fully understood and remains a less appreciated molecule present in cannabis. 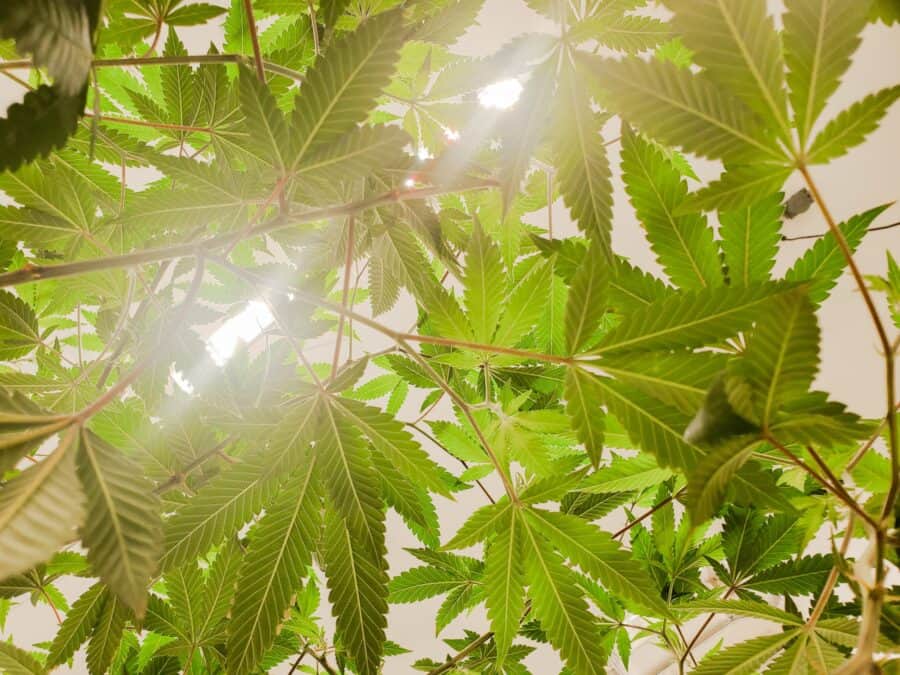 How THCV Affects the Human Body?

Cannabinoids work by influencing the endocannabinoid system (ECS), especially by affecting CB1 and CB2 receptors. However, it is worth knowing that cannabinoids also have other less understood mechanisms of action. For example, cannabinoids appear to target other receptors in the body, too.

Thus, CBD may influence both CB1 and CB2 receptors and thus modulate the ECS system. However, its influence on these receptors is weak. Further, it may mildly stimulate or suppress these receptors, depending on the dosage of CBD and health conditions. However, researchers think that CBD’s action on ECS is weak, and thus it may have other ways of working.

THC, on the other hand, is a potent CB1 activator. It is especially good at activating CB1 receptors in various brain centres. Thus, it is good for multiple brain disorders. However, it also causes euphoria and is not fit for regular use.

THCV is quite interesting in the way that it is the most potent suppressor or antagonist of CB1 receptors in cannabis. Thus, many of its health effects differ or are opposite to that of THC. Additionally, it may also modulate CB2 receptors. 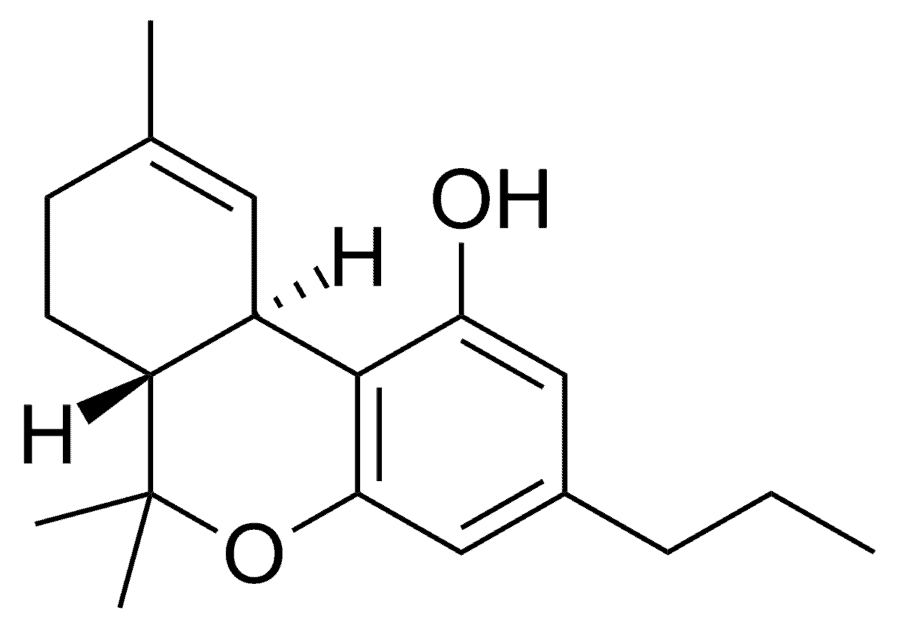 Researchers know that suppressing CB1 receptors have powerful even on various metabolic indicators. For example, a drug called Rimonabant, a potent CB1 inhibitor was approved for weight loss and diabetes management by the US FDA.  However, it was later withdrawn due to its severe effects on mood. So, could THCV be a safer alternative to Rimonabant for managing metabolic disorders?

THCV is not commonly available as a health supplement. However, it may be called an experimental drug. Researchers are highly interested in this particular molecule. They know that it is a potent modulator of the ECS system, and it also appears to be safe.

Early studies on withdrawn drug rimonabant show that inhibiting CB1 receptors may aid weight loss and fight diabetes. THCV shares some properties with this potent drug, but it is still quite different. Thus, researchers think that THCV may be a much safer option. Below are some Tetrahydrocannabivarin effects:

Since researchers already know that CB1 inhibition causes weight loss, there is a reason to believe THCV may work. Early studies show that THCV may have a milder effect than Rimonabant. It does not appear to have much impact on appetite; however, it improves energy expenditure and thus promotes weight loss. It also helps restore insulin signalling in the liver. Therefore, it may be especially good for preventing obesity-related disorders.

THCV improves lipid metabolism and thus may promote the burning of fats. In addition, it may help reduce cholesterol. It may also have some role in modulating food choices, preventing unhealthy behaviours.

Researchers are especially interested in its role in preventing or managing diabetes. It appears that THCV may help lower blood glucose. It seems to boost pancreatic function, reduce insulin resistance. It’s action also helps counter levels of other inflammatory enzymes. These properties have been studied in a clinical trial in 62 subjects living with type 2 diabetes, confirming its benefits.

Early experimental studies show that it may help lower inflammation and counter pain. Thus, it may have a role in preventing systemic and localized inflammation. 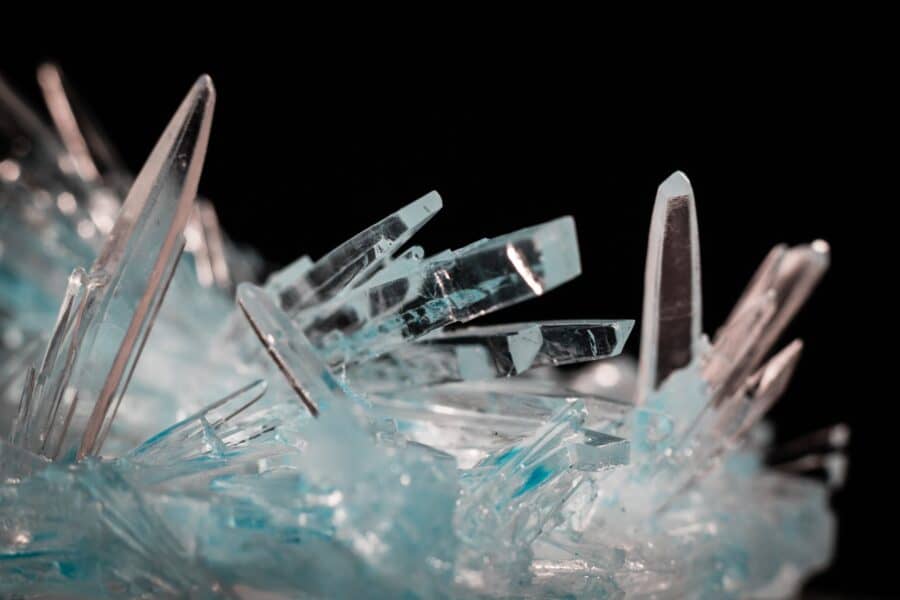 Since it has an opposing action on CB1 brain receptors in comparison to THC, its continuous use may help counter some of the psychotic effects of THC. These effects are confirmed in animal studies. However, researchers think that it may have other mechanisms of influencing mood, like acting on serotonergic receptors.

Rimonabant was once an approved drug to treat metabolic disorders. It is proven beyond doubt to work. However, it was withdrawn due to its effects on mood. THCV appears to be as effective as Rimonabant but without its side effects. Although there is still a need for more research, it may emerge as a potential treatment of metabolic disorders.

Since THCV appears to be a wonderful and potent molecule, one may be interested in adding it to health supplements. Furthermore, in medicine, it is regarded as an experimental drug. Thus, it would be too early to start using it as a remedy.

Is THCV legal? It may or may not be, if present in small amounts in natural extracts, it may be legal. But if added to the product, its use may be controversial. How to extract THCV? Well, it is complex as it mixes well with other cannabinoids. What plants contain tetrahydrocannabivarin? It is present in most strains of cannabis, though amounts may vary.

THCV extract could be added to the watch list. Researchers are studying it extensively. There is a high probability that it may emerge as a safe way to counter obesity, diabetes, and inflammation. In addition, it does not appear to cause many side effects or alter the mood. However, there is still a need for more clinical studies.

As the full spectrum hemp extracts Essentia Pura produces contain the whole essence of the plant, THCV is always present, albeit in small quantities. Let us know if you would like to see us carry Δ-9-tetrahydrocannabivarin (THCV) isolates in the future!